A small bank of LockTec's "e-concierge" Servicebox lockers has been installed in a prestigious new apartment block in London.

A small bank of LockTec's "e-concierge" Servicebox lockers has been installed in a prestigious new apartment block in London. The building receives parcels daily for the occupants from a range of individual carriers. Now, instead of having parcels lying around reception, the concierge can deposit them in the secure parcel lockers, selecting the recipient's address from the list provided on screen. As this is a simple, stand-alone System, there are no big IT implementation costs: just plug in and use. The concierge can choose to notify the recipient about deliveries, or the recipient simply checks at the lockers. By entering his PIN code at the keypad, a screen message notifies him if there is a parcel in the Servicebox or not. He has the option of collecting it then or later.

The Servicebox delivery lockers are really convenient for both the users and the concierge: they are easy and quick to use, addresses and PIN codes can quickly be modified as required, and most importantly, the Keep deliveries safe until the recipients can collect them. 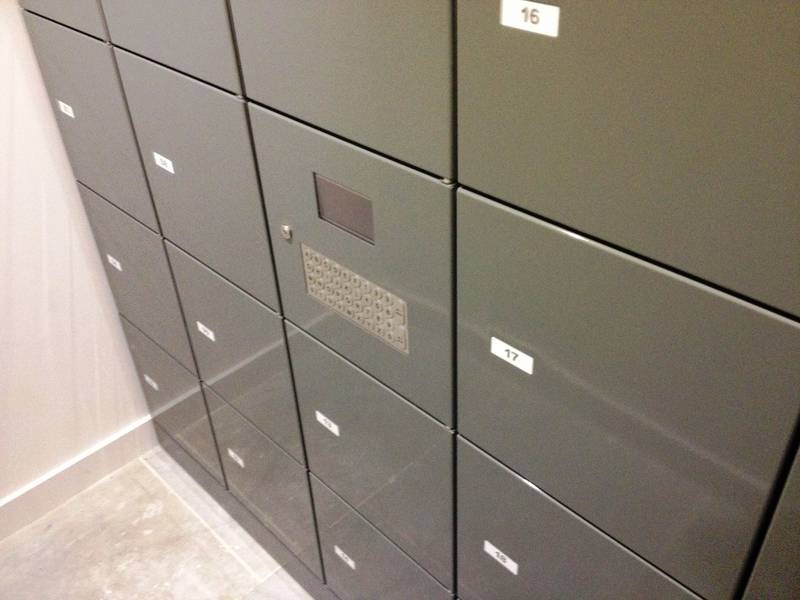